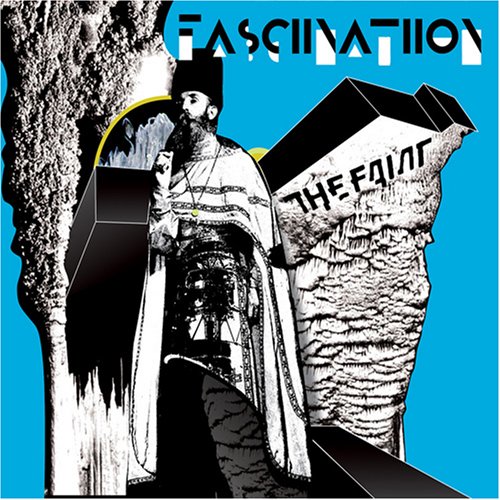 There once was a time when I used to wait with anticipation for new albums from bands who had previously proven themselves worthy of my adoration. 2008 seemed to be the year when that dream came crashing down around my sad, sad little ears. After already being incredibly disappointed by new efforts from Nick Cave and Portishead (two bands that can easily dominate an all-time favorite list), I was wary about the release of a new album from The Faint. Knowing that exposure was inevitable, I buckled down and listened to a copy. My initial impression was dismal, so I mothballed the album thinking that maybe my anxiety and gloomy expectations had colored the experience, and resolved to revisit it at a later date.

Well, nearly two years later, I finally felt that it was time to give this another go. Absence, in this case, did not make the heart grow fonder, nor make the listening experience somehow more pleasurable. Fasciinatiion, bizarre spelling notwithstanding, is a rather weak effort on the heels of the delightfully brutal Wet From Birth. Gone from that effort are the orchestral sounds and heavy use of guitars, replaced with a reliance on minimal synth arrangements and tepid drum beats. It would almost be a return to form, marking Wet From Birth as a departure rather than an evolution, but for the lack of creativity in the use of the synths themselves. The anger and edge of their earlier releases has given way to a clinical and prefab sound. It’s not that the album itself is unlistenable, the transgression is that it’s simply not worth hearing.

I stumbled on this CD in the used bin at my local Goodwill a few weeks ago. I remembered having heard the band name before, but wasn’t familiar with the album, and for $3 it wasn’t much of a risk, so I picked it up. It didn’t take long for me to realize I had chosen wisely. “The Pelican” is a rare example of how a group of people can make music that is simultaneously bizarre, noisy, catchy and melodic. It almost seems like an impossible combination of attributes, yet here they co-exist in an easy confluence. Bombastic over-saturated drums blasting over huge chunky guitar, random bits of piano melody and some serious pipes.